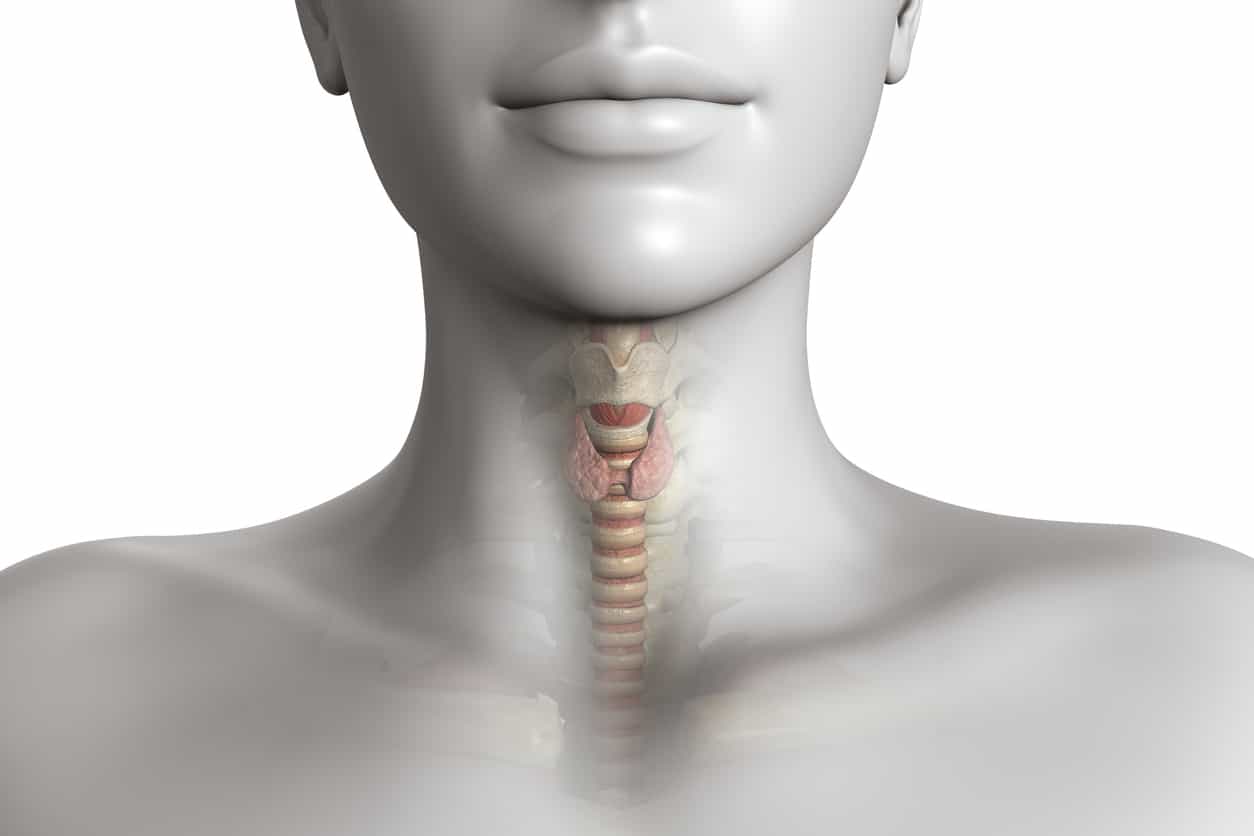 Thyroid issues are sometimes vague and hard to diagnose. It might only be “feeling off” or “run down all of the time” but you know your health isn’t what it should be.

Sadly, many are told that they’re just getting older and they need to accept it.

Even blood work might not reveal the problem—some people are in the normal range for thyroid levels but are actually suffering from suboptimal thyroid function, a condition also called subclinical hypothyroidism.

We’ll discuss ways to help your thyroid soon, but first we should talk about the many symptoms and how your thyroid works.

Symptoms of this condition can manifest in many ways. Symptoms of Overactive Thyroid- Hyperthyroidism include:

Symptom of Underactive Thyroid – Hypothyroidism include:

To make it more complicated, these symptoms can overlap with other conditions.

If you’re wondering just what the thyroid does, it’s a part of the endocrine system and secretes hormones to regulate fat burning and proper blood lipid levels.

The thyroid hormones T3 and T4 play a major role in metabolism and energy regulation so it’s essential to balance these two hormones.

Suboptimal thyroid function can be overlooked by doctors because what is considered a normal range is very broad. Some people will fall on the low or high end of “normal” but have symptoms.

Sadly, even with symptoms, doctors are hesitant to treat people within a certain range. The problem is, some people will test normal for certain diseases because everyone is different.

Some people will have symptoms of diabetes but their blood sugar levels are just inside “normal.”

Normal is not always normal for everyone.

Thyroid-related conditions are estimated to impact over 27 million Americans, 13 million of which are undiagnosed.

Despite being difficult to pin down, it is thought that there are three hormone deficiencies that lead to an unhealthy thyroid.

These are known as “T4”, “T3” and “rT3”, all of which need to be balanced, and able to convert and produce at the proper rates and times.

It can be blocked by the thyroid antibodies Antithyroglobulin or Anti Thyroid Peroxidase Antibodies, and Reverse T3, also called rT3.

T4 has four iodine molecules, and it’s a reserve or storage hormone that becomes active when it is converted to the active hormone free T3 by removing one iodine molecule.

TSH is a common screening test, and it checks the signal from the pituitary gland in your brain that tells your thyroid to make more hormones.

If it’s high, the brain is telling the thyroid gland to make more hormones because your levels are too low.

That’s a bit confusing...So if the number is high, that means your brain is saying you need more thyroid hormones, so your thyroid hormone level is actually low.

The current range of normal for TSH is quite wide at 0.5-5.

But, normal and optimal are not the same.

People with symptoms who fall on either end of the so-called normal range probably won't be treated even though they need to be.

The American Association of Clinical endocrinology and the National Academy of Clinical Biochemistry have recommended changing the range since people who don't have severe symptoms may be suffering and can benefit from treatment.

If you’re in the new range and not being treated, talk to your doctor again or consider finding a new doctor.

You can also do things on your own to help your thyroid.

Here are 13 ways to make sure you are providing your body with the materials it needs to maintain a healthy thyroid.

Iodine is a vital component for a healthy thyroid. It makes up a good deal of the molecular structure of both T3 and T4.

Iodine is important for maintaining a normal thyroid. Despite this, iodine deficiency is relatively common. Try adding iodine-rich foods into your diet like seaweed, eggs, prunes, and a variety of seafood.

2. Take Tyrosine, an amino acid that T3 and T4 depend on.

The balance between T3 and T4 is the most fundamental aspect of hormone and thyroid interaction.

There are many different chemicals and substances that influence this balancing act, as the two hormones are constantly converting and undergoing transformations.

If T3 and T4 fall out of balance, symptoms start to develop including irregular heartbeats and weight gain.

The worst case scenario is that the hormones become so imbalanced that you receive a diagnosis of Hashimoto’s disease or Grave’s disease, also known as hypo and hyperthyroidism, depending on which of the hormones is elevated.

Synthetic hormones are prescribed by a doctor in either case.

B12 is most commonly found in poultry, fish, and dairy.

The Journal of Pakistan Medical Association published a study linking Vitamin B12 deficiency and hypothyroidism.

So try introducing some more fish and dairy into your diet, and have a browse for a B12-rich cereal you might like.

4. Make sure you’re taking Vitamin A.

This vitamin isn’t just for better eyesight. Vitamin A is required for activation of thyroid hormone receptors.

Vitamin A can be found as either a direct supplement or in salmon or cod liver oil. Other sources include milk, eggs, leafy green vegetables, tomato, and fruit.

5. Include Selenium in your diet.

Selenium, a very important element in T3 and T4 processes, is required for a conversion to occur between these two hormones.

Without enough selenium, this process is impacted, resulting in poor thyroid health. Its function besides that is also as an antioxidant that helps protect the gland from outside stresses.

An easy way to get selenium into your diet is by eating Brazil nuts. Other options are broccoli, garlic, onion, eggs, and seafood.

The Molecular Nutrition and Food Research Journal published a study concluding that selenium is able to regulate hormone production and keep your thyroid running well.

Having just said broccoli is a good source of selenium – be careful!

Broccoli, kale, cauliflower, and others are fantastic sources of vital nutrients and are a tasty way of eating well, but there’s a catch. When eaten raw, they can negatively impact the thyroid.

They contain something called “goitrogens” which are removed in the cooking process – left uncooked, these veggies will actually release this substance that inhibits proper thyroid function.

So eat your veggies...just cook them first.

Soy has divided opinion among nutritionists for a long time. Its benefits and drawbacks have been debated widely, but there is one thing everyone agrees on, and that is soy’s effect on thyroid health.

Soy, like the kale and broccoli just mentioned, contains goitrogen, and when ingested can block iodine from being used by your body.

If you’re suffering from some of the symptoms of thyroid problems, try cutting soy to see if it helps.

8. Cut out Gluten from your diet

In recent years, gluten has become an infamous cause of many dietary issues. By no means is everyone susceptible to its more damaging effects, but the benefits of gluten are relatively small, and cases of intolerance are rising every year.

When consumed in high doses your body can sometimes mistake gluten for a similar protein used by the thyroid, which can lead to confusion in your body and ultimately a sub-optimal thyroid.

If you suffer from an autoimmune disorder like Hashimotos or Graves disease, you should completely remove gluten from your diet.

Ashwagandha, Guggul, Korean Ginseng have been proven to help your body produce and maintain levels of T3 and T4.

This is a root native to India that has been long used for many medicinal applications.

It has a quality that separates it from most other herbs in that it is what’s known as an “adaptogenic” plant, which means it helps stabilize physiological processes.

The ashwagandha plan supports thyroid function, and has a compound in its root known as “glycowithanolide,” which also helps to reduce stress and cortisol. It also increases levels of T3 and T4 in the body, aiding healthy thyroid function.

Another Indian native, Guggul is found in the sap of the myrrh tree.

Like ashwagandha, it helps healthy thyroid function by encouraging your body’s development of T3 and T4.

“rT3” is the opposite of T3, and something you don’t want floating around in your bloodstream.

As surprising as it sounds, using a cell phone can actually tamper with how the thyroid processes and releases its hormones.

At this point we’re well aware that having your hormones imbalanced is a recipe for disaster, so consider limiting those super long phone calls to a minimum.

11. Cut down on plastic use

In recent years, a lot of people have become more aware of a “monomer” called BPA, or Bisphenol A, which is a component found in a lot of single-use plastic, like water bottles.

The negative side-effects of this monomer have been extensively catalogued, but the one that concerns us here is its impact on your thyroid.

The Journal of Clinical Endocrinology & Metabolism found that BPA directly impacted thyroid function – so consider switching out plastic water bottles and Tupperware to a BPA free version or ceramic or glass.

More and more people are becoming aware of what goes into many household items, including soaps and body washes.

Triclosan is a common ingredient in these items, and the journal Aquatic Toxicology published a study in 2006 that found even small amounts of this substance can throw off your thyroid hormones.

In late 2017, the FDA banned triclosan from over-the-counter products, but it’s a good idea to always check labels and watch out for harmful chemicals.

13. Up your antioxidant intake

Antioxidants are great for thyroid health, and the good news is, lots of tasty fruits, particularly berries, are excellent sources of antioxidants.

Most dark berries will do the trick, but for the highest concentrations try Acai berries and cranberries.

For the proof, just look up a study that was published in Clinical Chemistry and Laboratory Medicine that found a direct correlation between antioxidants and better overall endocrine health.

If you’re interested in more information on balancing your hormones, visit www.powerofhormones.com.

“20 Best Ways to Have a Healthy Thyroid.” Rebecca Szkutak. Bestlifeonline.com

9 Hormone Imbalance Signs Everyone Should Know

How Stress Affects Your Health

How to Manage Stress 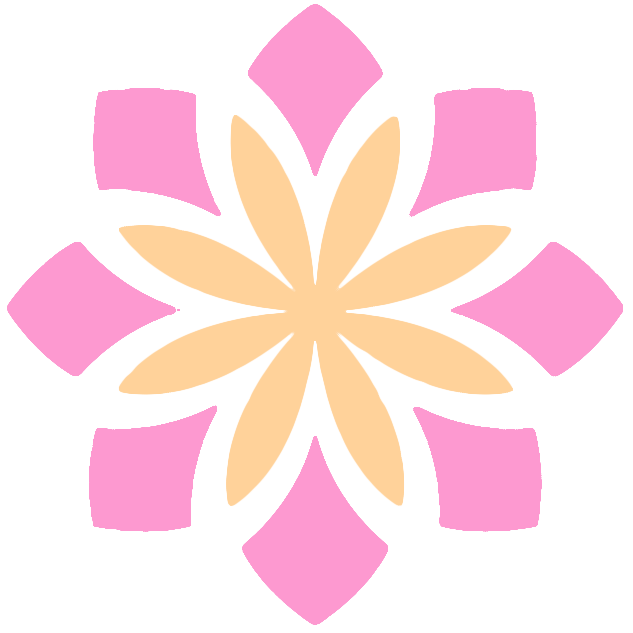 HomePrivacy PolicyMembers AreaContact Us
ClickBank is the retailer of products on this site. CLICKBANK® is a registered trademark of Click Sales Inc., a Delaware corporation located at 1444 S. Entertainment Ave., Suite 410 Boise, ID 83709, USA and used by permission. ClickBank's role as retailer does not constitute an endorsement, approval or review of these products or any claim, statement or opinion used in promotion of these products.

The website's content and the product for sale is based upon the author's opinion and is provided solely on an "AS IS" and "AS AVAILABLE" basis. You should do your own research and confirm the information with other sources when searching for information regarding health issues and always review the information carefully with your professional health care provider before using any of the protocols presented on this website and/or in the product sold here. Neither ClickBank nor the author are engaged in rendering medical or similar professional services or advice via this website or in the product, and the information provided is not intended to replace medical advice offered by a physician or other licensed healthcare provider. You should not construe ClickBank's sale of this product as an endorsement by ClickBank of the views expressed herein, or any warranty or guarantee of any strategy, recommendation, treatment, action, or application of advice made by the author of the product.